Chikungunya, a debilitating but non fatal chikungunya viral illness, spreads by the bites of Aedes Egypti mosquito. Though the prime features of the illness is fever and severe arthralgia (Joint Pain) and are accompanied by chills and constitutional symptoms such as headache, photophobia, conjunctival infection, anorexia, nausea, and abdominal pain, Rash may appear at the outset or several days into the illness. 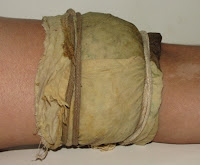 Though the fever subsides early, arthritis is one of the persistent symptoms of the disease. Migratory polyarthritis mainly affecting the small joints of the hands, wrists, ankles, and feet, with lesser involvement of the larger joints are encountered.
Epidemic of chikungunya was seen in 2007-08 in the state of Kerala and Karnataka, affecting nearly 20 lakh people. Ayurveda was then proved to be an effective therapy for the successful management of Chikungunya.
In acute phase (2-3 days), sudden onset of fever to 39-40°C Chills headache, nausea, vomiting, joint pain with or without swelling, low back ache, rash, remittance of fever in 1-2 days are seen.
In this stage, effective management by use of Ayurvedic medicine like: Sudarshan Choorna, Amrutarishta, punanavasava, Amruthothatharam Kashayam, Godanti Bhasma, Visamjwarantak Lauha are given for fever and pain. 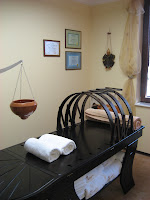 In case of Rashes, restlessness etc, Punarnavadi Kashayam, Chandraprabha vati, Lepa application by Upanaha or Ellumnishadi Choorna is to be applied.
In case of swelling of legs, feet, wrist joint, gulguluthiktakam Kashayam, Varnadi Kashayam, rasana saptakam Kashayam, Gokshuradi Guggula, Simhanada Guggulu etc are to be given along with panchakarma treatment of Dhanyamala Dhara, Naadi Swedanam, Valooka Swedanam.
Diet:
Don’s:
Prevention
Ayurveda described such diseases under Janpadodhwansa.
2.      Mosquito Eradication:-  Application of Neem oil; bath with neem and soap; Spray of Garlic Juice; Smoking with Mustard, neem leaves and saindha namaka or Guggul, neem leaves, ghee. Chikungunya is one more reason (in addition to dengue and yellow fever) that A. aegypti must be controlled.
3.      Body should be covered by cloths as mosquito in species responsible for the disease bites in day time.
Investigation
Word of Caution
Medication indicated above should be taken only under the guidance of Medical Practitioner.
Ayurvedicremedies ; U.P.; , Mob: +919415335166
Web: www.ayurvedicremedies.org ; email: drji@ayurvedicremedies.org
Posted by ayurvedicremedies at 8:06 AM No comments: